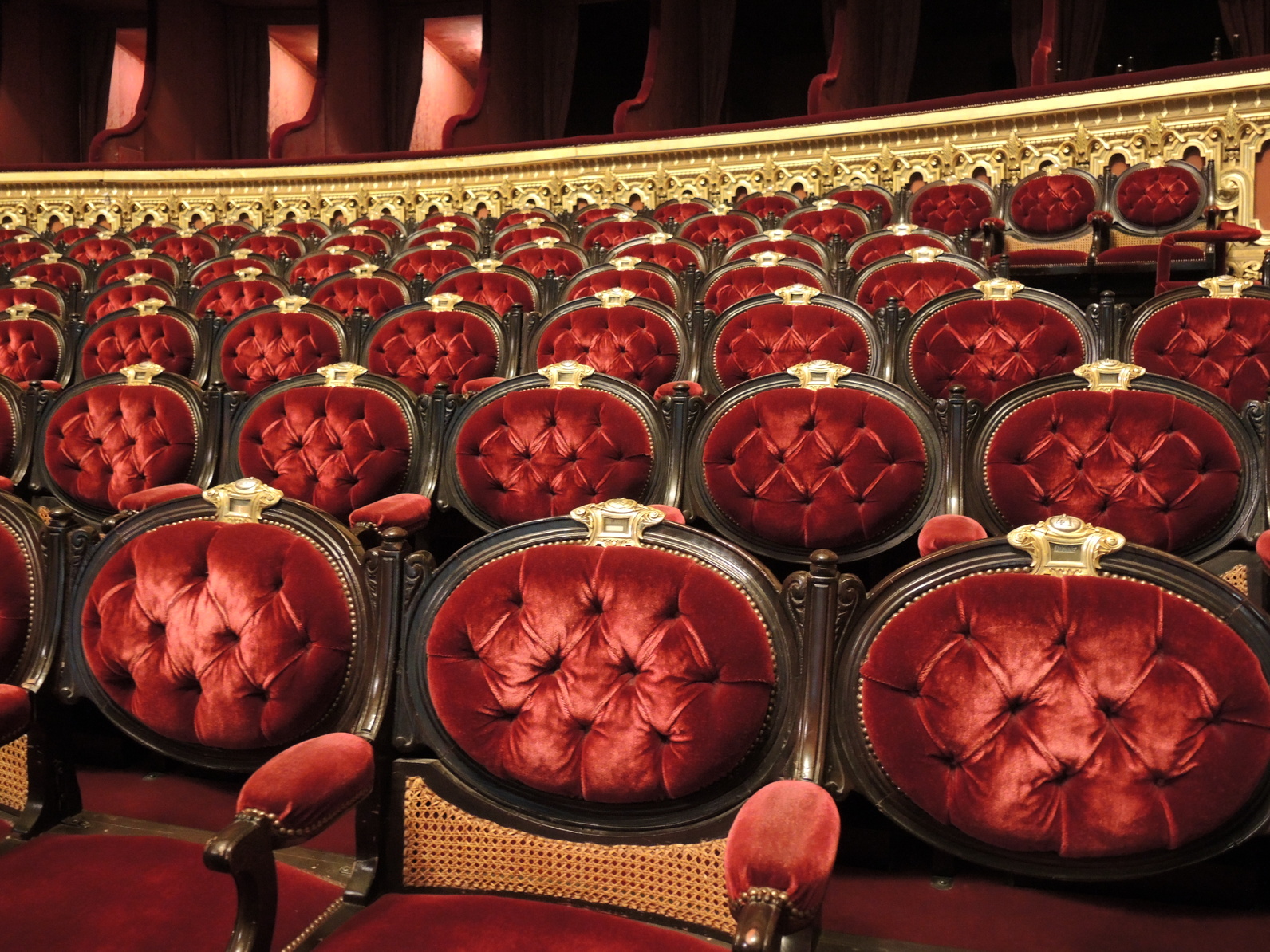 It’s hard not to be awestruck by this “imperial theatre”, a 19th masterpiece in which every detail is dedicated to music and dance. Yet when it was built in 1860, its architect, Charles Garnier, was only 35 and quite unknown.

It owes its existence to a dramatic event. In 1858, Napoleon III survived an attempt on his life whilst leaving the opera in rue Le Peletier. He decided to commission a new opera house at an uncluttered location where future attempts would be unlikely. But Napoleon III never got to inaugurate the Opera. When it was completed in 1875, the Empire had already fallen.

The baroque exuberance and the richly sculpted facade is just as Napoleon III intended. Look right, and you’ll instantly spot “The Dance”, a group of figures by the sculptor Carpeaux. In fact, it’s a copy by Paul Belmondo, father of the actor Jean-Paul Belmondo. The original is in the Musée d’Orsay, kept safe from pollution.

Once inside, it’s the great double stairway and thirty marble columns that most take away your breath. But that’s soon followed by the auditorium ceiling, painted by Marc Chagall in 1962. If you don’t mind a crick in your neck, you can pick out the landmarks – the Eiffel Tower, the Arc de Triomphe – along with the classic ballets, such as The Firebird and Gisele.